Mr. Essig joined the Firm in 1984 after receiving degrees from Cornell Law School and New York University Law School. He has developed a strong practice in the intellectual property and cyberlaw fields. Mr. Essig has in-depth experience in trademarks, service marks, domain names, copyrights, software, trade secrets and unfair competition. He also has significant experience with websites, e-commerce, technology and internet issues. He assists a broad array of national, international and regional clients with name availability searches, trademark and copyright registrations, renewals and administrative appeals before the United States Trademark Office and foreign and state agencies. Mr. Essig maintains hundreds of federal trademark registrations and many international registrations for his clients.

Mr. Essig has been involved in numerous opposition and cancellation proceedings involving registered trademarks before the United States Trademark Trial and Appeal Board, as well as cybersquatting and domain name proceedings. He has significant experience in dispute resolution, negotiation and protective measures, having been involved in many enforcement actions. He also does a significant volume of intellectual property document drafting and negotiation, including assignments, licenses, software agreements, website agreements, development agreements, distribution agreements, confidentiality agreements, privacy disclosures and other documents. Mr. Essig is involved with protective planning, including intellectual property audits and perfection of ownership interests, start-up consultation, and property transfers relating to mergers and acquisitions.

Mr. Essig also has significant involvement in the area of franchises and distributorships. He provides initial consultation on the advisability of franchising and other alternatives.  He assists in preparing franchise and disclosure documents, and also provides ongoing support with franchise registration renewals, dispute resolution and general contract matters. His transactional work includes preparation of franchise disclosure documents, franchise agreements, distributorship agreements, nondisclosure agreements and other documents. He also assists franchisors with state registration and compliance. He has represented a wide range of franchise and distributorship clients, as well as franchisees and prospective franchisees. He also has significant experience in dispute resolution and negotiation, and has represented franchise clients in Federal Trade Commission and state enforcement proceedings.

Mr. Essig maintains an AV Preeminent (5.0) rating with Martindale-Hubbell, which is the highest rating awarded to attorneys for professional competence and ethics. He has also been voted by his peers throughout the state as one of Utah’s “Legal Elite,” as published in Utah Business Magazine (2004-2010, 2012-2020). 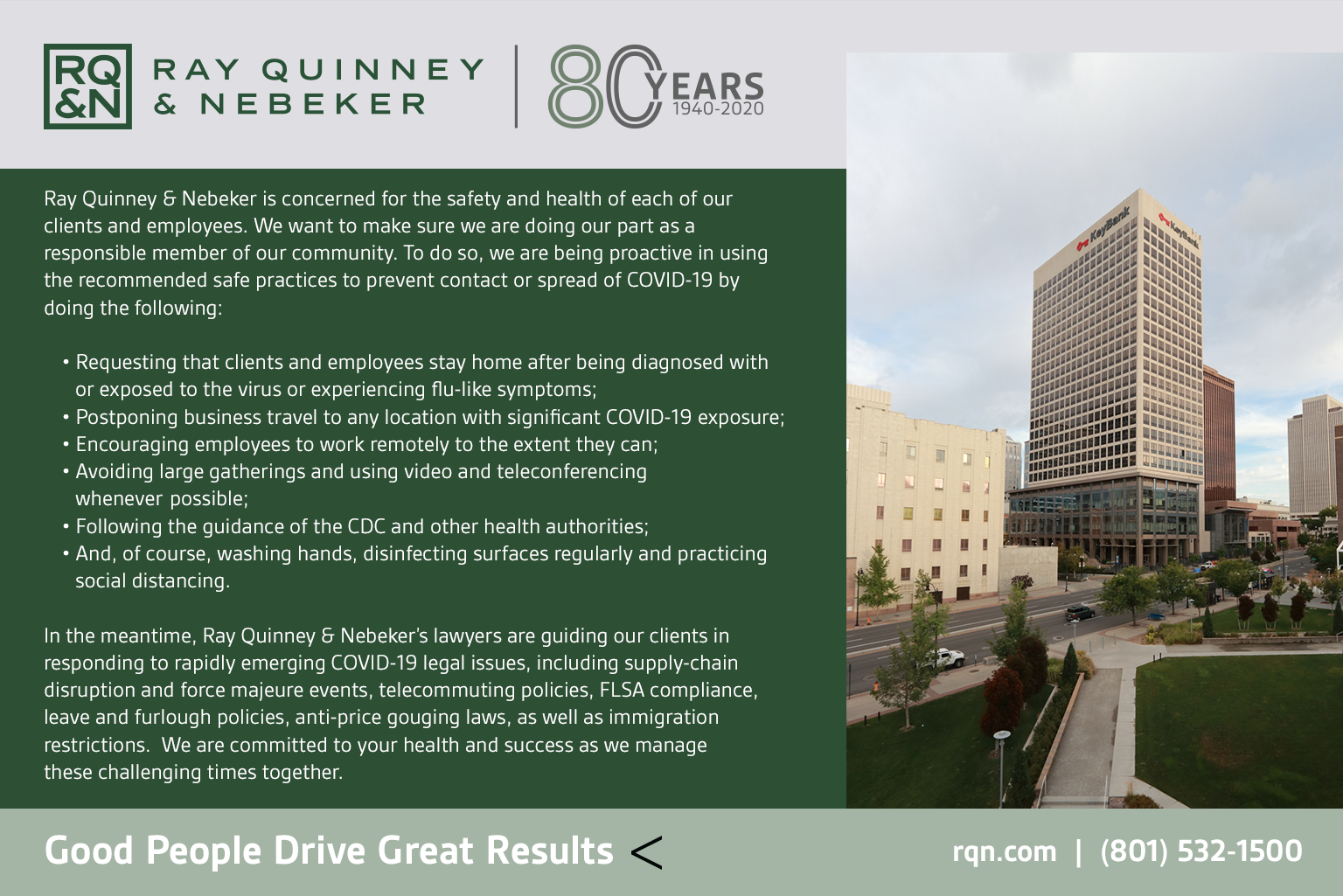