Liesel B. Stevens is a member of the firm’s Employment and Labor Law Section. Her employment practice focuses on defending employers in litigation matters and advising employers on various state and federal employment laws. She has experience in a wide variety of employment law areas including the Americans with Disabilities Act, the Age Discrimination in Employment Act, Title VII, and the Family and Medical Leave Act. She has spoken at seminars and provided training to clients on various employment laws including the Fair Labor Standards Act, Title VII, and the Age Discrimination in Employment Act. In addition, Ms. Stevens has extensive experience with conducting independent investigations in response to employee complaints.

Ms. Stevens also represents clients in a broad variety of commercial and business litigation matters, including commercial contract, unfair competition, trade secrets, and other complex commercial claims. She has handled cases in all phases of litigation, including discovery, mediation, arbitration and trial. Ms. Stevens’ clients include companies in Utah and throughout the country.

Ms. Stevens chaired Ray Quinney & Nebeker’s Associates Committee for the years 2015-2019 and the firm’s Women Lawyers Group for the years 2010-2014. Ms. Stevens has been selected for inclusion in Mountain States Super Lawyers (2018-2020) in the category of Employment and Labor and has been voted by her peers throughout the state as one of Utah’s “Legal Elite,” as published in Utah Business Magazine (2012-2014, 2017). 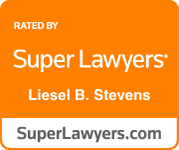