Rob’s employment practice focuses exclusively on defending employers in all aspects of employment litigation, including in claims under Title VII, the Americans with Disabilities Act, the Age Discrimination in Employment Act and the Fair Labor Standards Act. He serves as regional counsel for a national retailer and advises Utah-based clients on litigation matters throughout the country. Rob also has experience litigating class and collective action matters and defending clients in investigations conducted by the Equal Employment Opportunity Commission and the U. S. Department of Labor. He also advises clients on on-going personnel matters and conducts live and remote employment law training for his clients’ high-level managers and supervisory staff.

Rob is recognized in Chambers USA in Labor & Employment (Band 2), and maintains an AV Preeminent (5.0) rating with Martindale-Hubbell, which is the highest rating awarded to attorneys for professional competence and ethics. He has been selected for inclusion in Mountain States Super Lawyers (2011-2020) in the category of Employment Litigation: Defense. Rob is also nationally recognized by The Best Lawyers in America© 2021 in the areas of Commercial Litigation, Employment Law – Management, and Labor & Employment Litigation and was recognized by Best Lawyers as the 2017 Employment Law – Management “Lawyer of the Year.”  Rob has also been voted by his peers throughout the state as one of Utah’s “Legal Elite,” as published in Utah Business Magazine (2004-2020).

Prior to attending law school, Rob was a newspaper and television reporter in Salt Lake City and now advises clients regarding public relations matters. Rob graduated from the S.J. Quinney College of Law at the University of Utah in 1993 as a William H. Leary Scholar. Utah attorneys elected Rob to serve as President of the Utah State Bar, 2016-2017. He was also elected to serve as a Utah State Bar Commissioner for two consecutive terms from 2011-2015. 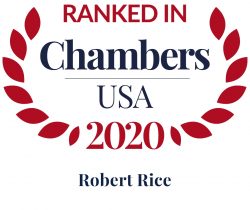 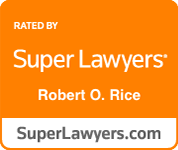