This is a repost of a story that appeared yesterday on ksl.com. December 16th, 2010 @ 7:33pm By Jasen Lee SALT LAKE CITY — For much of his life, Eric Nelson had been a person who saved and planned for his family’s future. After doing so diligently for more than 20 years, he now finds… END_OF_DOCUMENT_TOKEN_TO_BE_REPLACED

If you or a family member have been affected by investment fraud, please call your Utah House and Senate representatives and urge them to support Senator McAdams’ bills. I have met with him several times to discuss these bills and I think he is really on the right track. UPDATE: On September 17th The Salt… END_OF_DOCUMENT_TOKEN_TO_BE_REPLACED

Today there was yet another article about an individual who held a position of trust in the LDS Church and used that position to commit fraud. U.S. District Judge Marcia Krieger sentenced Shawn Merriman to 12½ years in federal prison this afternoon for defrauding 67 victims out of $21 million. Merriman was a Bishop in… END_OF_DOCUMENT_TOKEN_TO_BE_REPLACED

There was a great article in the Las Vegas Review Journal today about the problems of affinity fraud among LDS Church Members titled “Thieves in the temple: How ‘affinity fraud’ hurts LDS church members.” Definitely worth a read. Among other things, he writes, “In Utah, fraudsters exploiting a connection to the LDS church and its… END_OF_DOCUMENT_TOKEN_TO_BE_REPLACED 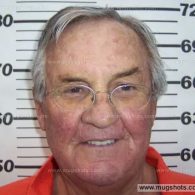 R. Dean Udy, 71, a former stake president and regional representative in Brigham City, Utah was sentenced to 1-to-15 years in state prison last week on securities fraud charges. He pled guilty to a scheme that ran for 12 years or more. According to the article in the Ogden Standard Examiner, “Udy’s victims total 1,500,… END_OF_DOCUMENT_TOKEN_TO_BE_REPLACED

As a follow-up to my last post, my friend Lon Jenkins has just sued the LDS Church in a “claw back” lawsuit for the RCH2 receivership he is handling. Lon is seeking return of at least $160,306 plus interest from the Church that was paid as tithing. Virtually anyone who takes money from a Ponzi… END_OF_DOCUMENT_TOKEN_TO_BE_REPLACED

On June 23, 2010, the Securities and Exchange Commission filed fraud and other charges in connection with three Ponzi schemes that targeted members of the Mormon community. The SEC’s complaint alleges that the defendants raised at least $3.6 million by convincing at least 36 investors to invest in two companies, Zufelt, Inc. and Silver Leaf… END_OF_DOCUMENT_TOKEN_TO_BE_REPLACED

On June 25, 2010 my friend Jennifer Napier-Pearce spoke with several experts on our local public radio station about why Utah investors keep falling for schemes that are too good to be true. Listen to the complete broadcast here.

Tom Harvey put together a well-researched article on investment scams in Utah that appeared in the Salt Lake Tribune this weekend. I have just been reading all of the comments about it (149 so far) and aside from the usual anti-Mormon drivel that always seems to fill up the comments in any article that even… END_OF_DOCUMENT_TOKEN_TO_BE_REPLACED

Every week I get calls from Utah residents who have lost money by investing money with friends, family or neighbors they trusted — but who were not licensed to sell securities. Many of these people have given someone a short-term, high-interest loan with a promissory note that has not been repaid. Others have invested money… END_OF_DOCUMENT_TOKEN_TO_BE_REPLACED