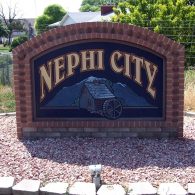 UPDATE: Yesterday United States District Judge David Sam rejected a plea deal that had been worked out between Thomas Andrews (the subject of the story below) and the U.S. Attorney’s Office. According to a story in the Deseret News, Judge Sam rejected the plea deal because he believed it was too lenient. Andrews withdrew his… END_OF_DOCUMENT_TOKEN_TO_BE_REPLACED