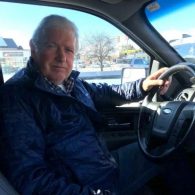 EDITORS NOTE: this is a repost of a story that aired on our local NPR affiliate, KUER on December 30, 2019. Doug Hronek is a client of mine who agreed to speak publicly about this experience. We have filed lawsuit against Live Abundant and its agents on behalf of Doug and a number of other… END_OF_DOCUMENT_TOKEN_TO_BE_REPLACED

Recently I have been busy working to recover losses for a large number of investors who lost money in unregistered investments offered by Woodbridge and Future Income Payments or FIP. In many cases these investments were recommended by insurance agents who were not licensed to sell securities, and did not perform adequate due-diligence on these… END_OF_DOCUMENT_TOKEN_TO_BE_REPLACED

Editor’s Note: I have been contacted by a number of individuals who invested in Future Income Payments or FIP through Utah-based Live Abundant, which is referenced in the article below. This article appeared in the Wall Street Journal today and has a pretty good summary of the FIP situation. Spoiler alert: it’s not good. Private… END_OF_DOCUMENT_TOKEN_TO_BE_REPLACED

The Woodbridge Group of Companies was run by a flashy promoter in Los Angeles named Robert Shapiro.  Woodbridge marketed promissory notes (which were in reality unregistered securities) to an estimated 7,000 retail investors throughout the United States, including Utah.  Investors were told their funds would provide a safe, secured return from short-term real-estate loans. In… END_OF_DOCUMENT_TOKEN_TO_BE_REPLACED