This is repost of an article on her Fraud Files Blog. This was written by Tracy Coenen, CPA, CFF who investigates cases of financial fraud and Ponzi Schemes. Ponzi Scheme and Investment Fraud Red Flags Posted on January 20th, 2012 Charles Ponzi. How do you know if you’re considering investing in a Ponzi scheme? The… END_OF_DOCUMENT_TOKEN_TO_BE_REPLACED

This is a re-post of an article in Financial Advisor Magazine on how the SEC is increasingly looking into affinity fraud issues: SEC TARGETING AFFINITY AND MICROCAP FRAUD Social media and the Internet are making it easier for people to commit affinity fraud — when a person uses a common bond he has with others… END_OF_DOCUMENT_TOKEN_TO_BE_REPLACED

This is a repost of an excellent article by Christine Benz that was published in Morningstar entitled Seniors: Beware of Affinity Fraud: In hindsight, a scam like the one Bernie Madoff perpetrated on his victims looks like it should’ve been a cinch to detect. Madoff’s clients were promised steady returns of 10%-12% per year; that should’ve… END_OF_DOCUMENT_TOKEN_TO_BE_REPLACED 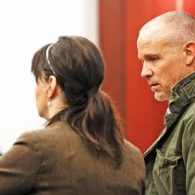 UPDATE: On November 3rd Marc Jenson was sentenced to back-to-back, zero-to-five-year prison terms for failing to pay restitution to investors pursuant to the restitution order in his first fraud conviction involving a bicycle company. Judge Reese had given him three years to pay $4.1 million in restitution, but according to prosecutors Jenson moved to California… END_OF_DOCUMENT_TOKEN_TO_BE_REPLACED

This is a repost of a terrific article that appeared in Morningstar this week: Seniors: Beware of Affinity Fraud By Christine Benz In hindsight, a scam like the one Bernie Madoff perpetrated on his victims looks like it should’ve been a cinch to detect. Madoff’s clients were promised steady returns of 10%-12% per year; that… END_OF_DOCUMENT_TOKEN_TO_BE_REPLACED

The North American Securities Administrators Association, Inc. (“NASAA”) has just issued its annual top ten list for this year. This list is the primary “financial products and practices that threaten to trap unwary investors” as told to NASAA by their members, which include the Utah Division of Securities. Here is the list (the commentary is… END_OF_DOCUMENT_TOKEN_TO_BE_REPLACED 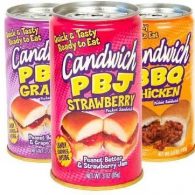 Update #3: Today Judge Clark Waddoups rejected the plea bargain that Wright had negotiated with prosecutors concluding that the deal appeared too light given the magnitude of how Wright had “intentionally deceived and misled people.” The defendant will now be forced to negotiate a new plea bargain with the U.S. Attorney’s office — or go… END_OF_DOCUMENT_TOKEN_TO_BE_REPLACED

In May of this year the Financial Industry Regulatory Authority (FINRA) announced the launch of its disciplinary actions database, a web-based searchable system that makes its disciplinary actions easily accessible to the general public. FINRA is the largest independent regulator for all securities firms doing business in the United States. FINRA’s mission is to protect America’s… END_OF_DOCUMENT_TOKEN_TO_BE_REPLACED

Michael Smith and his son Quintin Smith have each been charged with six counts of securities fraud and one count of pattern of unlawful activity, all second-degree felonies, in connection with a furniture loan company they owned called Newport Financial. According to a Salt Lake Tribune article published today they have been accused of “bilking… END_OF_DOCUMENT_TOKEN_TO_BE_REPLACED 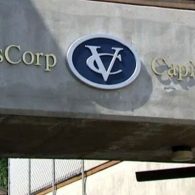 As reported on the website Law360, A Utah federal judge on Wednesday approved a $125.6 million final judgment that settled the U.S. Securities and Exchange Commission’s case against Vescor Capital Corp. This judgment apparently relates to the company, not Val Southwick who pled guilty to nine counts of securities fraud in 2008 and was sentenced… END_OF_DOCUMENT_TOKEN_TO_BE_REPLACED