I have previously written about Mr. Jeppeson, now his is more trouble. This is from the Ogden Herald Journal this week: The Utah Division of Securities of the Department of Commerce have filed court documents against John Zane Jeppesen, of Garland, bringing forth more accusations and details into Jeppesen’s nearly 20 year behavior of securities… END_OF_DOCUMENT_TOKEN_TO_BE_REPLACED 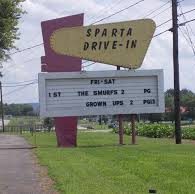 Editor’s Note: This is a fascinating story that appeared on the FBI’s website this week about a $43 Million Ponzi Scheme in Sparta, Tennessee.  Tractor salesman Jeff Gentry preyed on the implicit trust of friends, family, and neighbors in this small Tennessee town.  Nobody would have suspected that the affable Tennessee tractor salesman who was raised… END_OF_DOCUMENT_TOKEN_TO_BE_REPLACED

The Woodbridge Group of Companies was run by a flashy promoter in Los Angeles named Robert Shapiro.  Woodbridge marketed promissory notes (which were in reality unregistered securities) to an estimated 7,000 retail investors throughout the United States, including Utah.  Investors were told their funds would provide a safe, secured return from short-term real-estate loans. In… END_OF_DOCUMENT_TOKEN_TO_BE_REPLACED 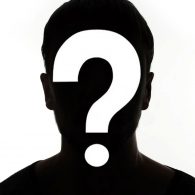 I know this is an unusual post but someone recently sent me a copy of an unsigned whistleblower letter to the SEC. This post is for that person: To the person who sent me an unsigned letter involving a company with the initials TEG or EA (I don’t want to identify the company here) please… END_OF_DOCUMENT_TOKEN_TO_BE_REPLACED 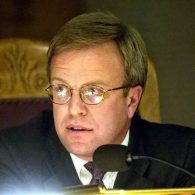 This is an update to my earlier stories about former Salt Lake City councilman and former LDS Stake President Eric Jergensen.  In October of 2017 he and an accomplice were convicted of conspiring to defraud an aerospace company of $2.5 million.  A Syracuse, New York jury returned the guilty verdict after a seven-day trial in U.S. District… END_OF_DOCUMENT_TOKEN_TO_BE_REPLACED

UPDATE: For those of you who are watching this case, I have been informed that Mr. Jergensen’s sentencing has been postponed.  The sentencing was rescheduled to March 2, 2018 at 1:30 p.m. in the federal courthouse in Syracuse, NY.  I assume the judge will be the same one who conducted the trial; U.S. District Court Judge… END_OF_DOCUMENT_TOKEN_TO_BE_REPLACED 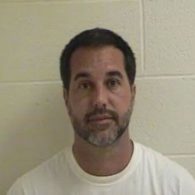 I recently received an anonymous tip telling me that Jeffrey Lane Mowen, formerly of Lindon, Utah, has been released from prison.  I checked the Bureau of Prisons website and sure enough, he was released on January 12, 2018 and is now presumably at large in the community, so watch out Utah County! Mowen was sentenced… END_OF_DOCUMENT_TOKEN_TO_BE_REPLACED

John Zane Jeppesen of Garland, Utah is probably not someone you want to invest your money with. In 1999, Jeppesen entered into an agreement with the Idaho Securities Bureau, under which he admitted to violations of registration, licensing and anti-fraud provisions and was ordered to pay outstanding principal and interest to Idaho investors. In 2003… END_OF_DOCUMENT_TOKEN_TO_BE_REPLACED 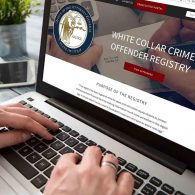 This is a re-post of a great article on the unique problem we have with affinity fraud here in Utah. This article appeared on the FBI’s website yesterday. Affinity Fraud White-Collar Criminals Use Bonds of Trust to Prey on Investors Financial fraudsters are known to be an unscrupulous lot, but it is particularly loathsome when… END_OF_DOCUMENT_TOKEN_TO_BE_REPLACED 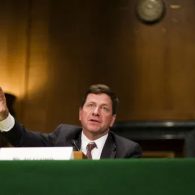 This is a repost of an article that appeared in ThinkAdvisor today.  Apparently the SEC agrees with one of the main goals of this website; people are increasingly googling the names of people they want to do business with, so information about people who have a documented history of unethical or fraudulent conduct needs to… END_OF_DOCUMENT_TOKEN_TO_BE_REPLACED