SALT LAKE CITY, Utah – Keith Woodwell, Director of the Utah Division of Securities, announced today that the Division has released a new list of Top Investor Threats facing consumers with its partner, the North American Securities Administrators Association (NASAA). The 2013 list examines offers, practices, and investment scenarios that are being aggressively marketed to… END_OF_DOCUMENT_TOKEN_TO_BE_REPLACED

This is a repost of an article that appeared in The Spectrum yesterday about the sentencing of Alan Herbert Oviatt.   There is also a civil case pending before the Utah Division of Securities that could result in additional civil fines and penalties. St. George resident sentenced for theft Written by Kevin JenkinsOct. 22, 2013 | thespectrum.com… END_OF_DOCUMENT_TOKEN_TO_BE_REPLACED

Here is a summary of the new SEC’s new Rule 506 written by Mark Cotter, who is the chair of our firm’s Corporate Finance and Securities Law Section. Summary. In a fundamental shift in federal securities laws, new U.S. Securities and Exchange Commission (“SEC”) rules will permit companies seeking to raise capital in Rule 506 private… END_OF_DOCUMENT_TOKEN_TO_BE_REPLACED

This week a Utah man named Kenneth Tebbs was sentenced to six and a half years in federal prison for operating a $49 million Ponzi Scheme in Salt Lake City. According to the article in the Salt Lake Tribune the investment scheme victimized more than 100 investors, many of them elderly people, family and friends…. END_OF_DOCUMENT_TOKEN_TO_BE_REPLACED

Below is an article that appeared in The St. George Spectrum yesterday. The alleged losses are relatively small so it has not garnered the attention of the press here in Salt Lake City, but the facts are important because they illustrate the modus operandi of guys like this. The facts alleged in the indictment are… END_OF_DOCUMENT_TOKEN_TO_BE_REPLACED

UPDATE: According to an article in the Salt Lake Tribune yesterday, Michael Kay Smith, 66, and his son, Quintin Fullmer Smith, 33, each pleaded guilty to two counts of third-degree felony attempted securities fraud as part of a plea deal with prosecutors in which four second-degree felony counts of securities fraud and one count of… END_OF_DOCUMENT_TOKEN_TO_BE_REPLACED

A long-running Arizona affinity-fraud case targeting members of the Church of Jesus Christ of Latter Day Saints took an important step toward conclusion with the conviction last week of Guy Andrew Williams and his father Brent F. Williams. In 2009 the Williams were indicted on 40 counts of conspiracy, wire fraud, mail fraud and money… END_OF_DOCUMENT_TOKEN_TO_BE_REPLACED 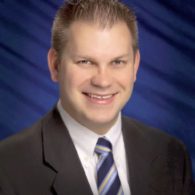 UPDATE #3: The U.S. Commodity Futures Trading Commission (“CFTC”) announced today that it obtained federal court orders for more than $2.7 million in disgorgement and civil monetary penalties against Bentley Equities, LLC and its principals, Christopher D. Hales and Eric A. Richardson. On May 31, 2013, the Honorable Dee Benson of the United States District… END_OF_DOCUMENT_TOKEN_TO_BE_REPLACED

Last week the SEC’s Office of Investor Education and Advocacy issued a new Investor Alert to help educate investors about affinity fraud, a type of investment scam that preys upon members of identifiable groups, such as religious or ethnic communities or the elderly. Below is the full text of the alert: What is Affinity Fraud?… END_OF_DOCUMENT_TOKEN_TO_BE_REPLACED 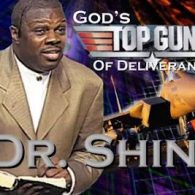 This is a repost of a good article on affinity fraud by Michelle Singletary that appeared in the Washington Post this week: Where money meets faith, bring skepticism Robert “Dr. Shine” Freeman, a Maryland minister, took the command “let us pray” and turned it into “let us prey.” Because that’s what he did. He preyed on his… END_OF_DOCUMENT_TOKEN_TO_BE_REPLACED